They say that life is a dream. Nothing always goes as it should. I wrote this piece for my online friends to look at without disturbing their feeds much. Too many are already going through their own stuff.

Long story short, on Oct 26th I collapsed at home feeling unwell. Several of you might remember my mentioning my doctor ordering scans of my brain following a similar incident in April. At that time it was found to be slight atrophy to the frontal lobe.

But this was different, with symptoms like TIA which surprised me because I've  a creative and active lifestyle. Loss of balance, numbness on my left side, inability to hold anything on my left. Practically unable to eat. I go to the local ER and get admitted, starting on an interesting journey. I wait a week in isolation until I am scheduled for guided biopsy in my brain.

Half my head looks a mistake with red hair dye. It took me a long time to come out of the anesthetic but I do know that my husband was there and said no worries.

They told me there are multiple small lesions of indeterminate origin. Several members of my family have had parts of their organs affected by something. Hazards of modern life. People I know seem to be much healthier living in rural areas.

I expect to have diagnosis within a few days. In the meantime I am to be on a raft of meds for the pain and nausea.  I might need to schedule therapy from an osteopath to regain balance. Believe it or not it has taken me over an hour to pick out this message one key at a time.

Take care and I'll be in touch.

Posted by Sailorchronos at 21:25 No comments: 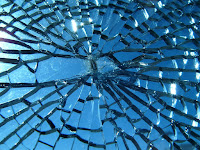 Hardly a day goes by when we hear about a shooting somewhere in the United States.  Today it was a busy street in Washington DC of all places, where two men were shot in an apparent drive-by.  The situation is only getting worse, particularly when one considers that women who shoot their abusive partners are more likely to end up in jail than men.  Especially if they happen to be Black.

Below are snippets from a Twitter thread by activist Shannon Watts.

"Gun laws only protect white men, part eleventeen million: An 80-year-old Nebraska woman who was tortured and isolated by her abusive husband has been sentenced to eight to ten years in prison for shooting and killing him."

"When Marissa Alexander, a Black woman, was prosecuted in Florida for aggravated assault for firing a warning shot into the ceiling to stop her abusive husband, the NRA was silent."

"Staff and vendors at a Forth Worth gun show were supposed to check that guns weren't loaded, but a police report said that didn't happen before a woman was shot."

"The NRA also never weighed in on the case of Bresha Meadows, a Black girl jailed at 14 after she shot her abusive father. She was incarcerated for nearly a year before activists demanded prosecutors keep her case in juvenile court."

"The medical director of the emergency department at Seattle's Harborview Medical Center said that so far this year, the hospital had seen a 40 percent increase in the number of gunshot victims coming into the ER compared with 2020."

The picture is stark. The NRA holds so much political clout in the U.S. that the country has effectively become a free-for-all firearm bazaar.  Many people I know have stated that this is one of the main reasons that they will never visit the U.S. again.

I'm losing hope that anything will change.

Posted by Sailorchronos at 19:55 No comments:

Just a bit of fun that a friend of mine posted on her feed.
Q: How many group members does it take to change a light bulb ?
1 to change the light bulb and to post that the light bulb has been changed.
14 to share similar experiences of changing light bulbs and how the light bulb could have been changed differently.
7 to caution about the dangers of changing light bulbs.
17 purists who use candles and are offended by light bulb discussions.
6 to argue over whether it's 'lightbulb' or 'light bulb'.
Another 6 to condemn those 6 as stupid.
22 to tell THOSE 6 to stop being jerks.
2 industry professionals to inform the group that the proper term is 'lamp'.
15 know-it-alls who claim they were in the industry, and that 'light bulb' is perfectly correct.
49 to post memes and gifs (several are of Michael Jackson eating popcorn with the words added, “I’m just here for the comments.”)
19 to post that this page is not about light bulbs and to please take this discussion to a light bulb page.
11 to defend the posting to this page saying that we all use light bulbs and therefore the posts are relevant here.
24 to discuss the merits of LED/swirly fluorescent light bulbs
44 to claim LED and fluorescent bulbs will kill you.
12 to post F.
8 to ask what F means.
7 to post 'Following' but there's 3 dots at the top right that means you don't have to.
3 to say "can't share"
2 to reply "can't share from a closed group"
36 People to post pics of their own light bulbs.
15 People to post "I can't see S$%^!" and use their own light bulbs.
6 to report the post or PM an admin because someone said "f÷×$"
4 to say "Didn't we go through this already a short time ago?".
13 to say "Do a search on light bulbs before posting questions about light bulbs".
1 to bring politics into the discussion by adding that (insert politician of choice) isn't the brightest bulb. This usually takes place within the first three comments.
50 more to get into personal attacks over their political views.
5 admins to ban the light bulb posters who took it all too seriously.
1 late arrival to comment on the original post 6 months later and start it all over again.
Posted by Sailorchronos at 20:10 No comments:

There's a Looney Tunes short called "The Ducksters" that satirizes radio quiz shows. The contestant must answer a question within a certain period of time or they must "pay the penalty" - usually a VERY harsh one.

In many places, women are being made to pay the penalty for their reproductive choices.  Although it's true that women are the gatekeepers of their own bodies, they shouldn't be forced to bear the responsibility for what happens to their bodies through the actions of irresponsible men.  More and more states are trying to legislate the kind of health care that women can access, particularly pregnancy-related care.  What's worse is that women who have a miscarriage or have babies that are stillborn, are sometimes still considered to have "aborted" and might face jail time for it.

Men seem to forget that they bear 50% of the responsibility of creating a pregnancy in the first place.  One man could impregnate multiple women in the time that it takes one woman to bear a baby to term.  The simple solution?  If you don't want a woman to get pregnant, then use a contraceptive method.

Far too many men still cling to the idea of sowing their wild oats.  Having sex as often as possible without consequence.  Such has been used as a weapon of war for centuries: if you want to effectively wipe out another tribe, slaughter all the menfolk and force their women to have your babies instead.  Even the Bible justifies rape by saying that a man who despoils a virgin can marry her if he pays restitution to her father.

It's time this barbarism stopped.  Ideas making the rounds of the internet suggest turning the tables.

1. Mandatory vasectomy of all men above the age of 13, and only reversing it when that man can prove that he is prepared and has the means to be a father.

2. Make men who want a scrip for Viagra or other similar ED drug must go through the same gauntlet of invasive scans and questioning that women who are seeking abortion do.

3 Sterilize or imprison people who refuse to pay child support, or who are convicted child abusers.

What?  You don't want other people controlling your body?  Well, about that...

Sadly, the "pro-birth" people believe that the male responsibility for babies ends at ejaculation.  I call them "pro-birth" because they are not truly "pro-life".  They only want the child to be born.  They don't care about the mother and they don't want to pay for that child's medical care, food, education, and well-being.

Here's another suggestion.  Women can withhold sex until their partners wise up.

That might get men thinking with their brains instead of their genitals.

The following is from a Twitter thread by Steve Schmidt, an American public affairs strategist.

America tonight. 40% of the population has $400 cash in savings. Huge swaths of the country lack broadband and our national infrastructure is decrepit. Billionaires who fund their own space programs pay no taxes while the country's senior political leaders who incited an insurrection remain protected by their own coverup.

The concept of truth has been obliterated by a toxic combination of algorithms, misinformation, and greed.  There is an autocratic movement that is large, rich, powerful and on the march. It is maneuvering yet somehow it remains invisible to the people who are nearest it and have the power to do something about it. Perhaps there is a lesson to be learned about this through the story of Neville Chamberlain. The story is more complicated than most people have been taught. He was an honorable man.

The 1st World War was a human catastrophe that killed 20 million people and one million Britons. In fact, it can be argued that the British Empire never recovered from that war. A generation of upper class sons was wiped out in the rush to glory that ended in muddy trenches, plumes of poison gas, and vast killing fields. It was unimaginable in the 1930’s that there could be another war. It was unthinkable. It was wished away. Chamberlain wasn’t a bad man or a weak man. He just couldn’t imagine that it could all happen again so he pretended that it couldn’t.

He reached for peace with noble intent. In the end it was the avoidance of the obvious and inevitable that led to a disaster so great that it obliterated the memory of the bloodiest war in human history fought just 25 years earlier. The next war killed 100 million.

Is there not a lesson from this in our moment? History offers lessons. Some people could see the threat clearly and some could not. Some saw it very early while for others it was the last thing they saw. It’s hard to imagine that Trump could come back. It’s hard to conceive that he remains the far and away front runner for the 2024 nomination. Where I live, there is no shortage of TRUMP 24 flags.  It’s hard to fathom that one of America’s two political parties has abandoned its faith in democracy, yet it has.

The Senate is a small club and maybe that’s the problem. Maybe it’s hard to look at someone and comprehend their bad faith. We are in for a long season of fighting over some really big and important things in this country. Orienting towards the ugly truth of what it is we are fighting is profoundly important.

We are fighting an autocratic movement that includes an eclectic multitude of extremist groups; among them fascists, theocrats, white supremacists, and conspiracy loons. They are dangerous and they want political power again. This movement teems with menace and violence. It has killed and it will kill again.

The pro democracy coalition must win the 24, 28 and 32 elections to break this. It will not be easy.

Posted by Sailorchronos at 05:32 No comments: